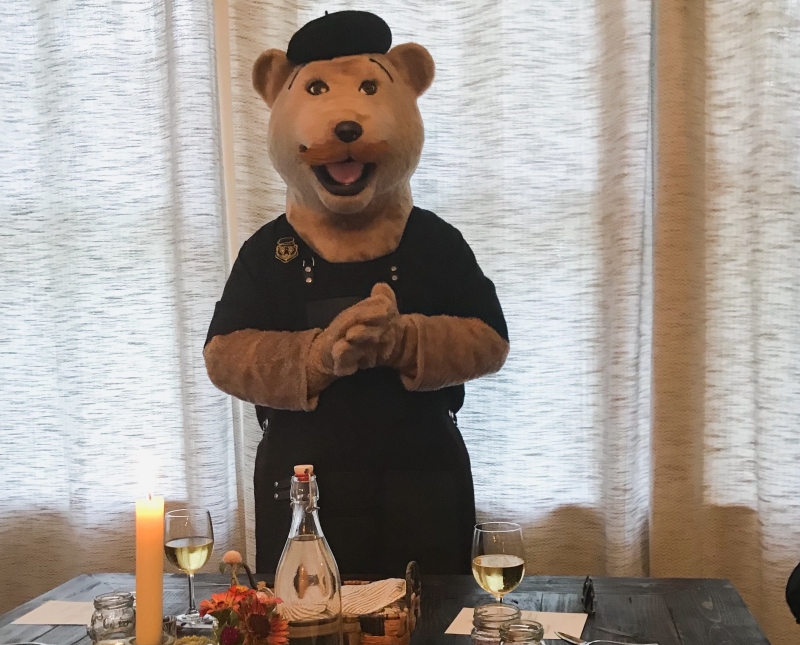 A version of this previously appeared on southmag.com.

TeamSouth has put a lot of sweat and late nights in these last two months in order to distill the essence of Lowcountry style into 180 pages for our upcoming August/September issue. From TV celebrities to high-end fashion designers, and even a fan favorite pup who is no stranger to the luxurious lifestyle (you won’t get any spoilers in this blog—find out who these folks are and their incredible stories when the magazine is released on August 1), we searched the Creative Coast far and wide to figure out what exactly is Southern style and what can make it luxurious.

Southern style can be hard to define, as it can come in many different forms. But in the vein of Supreme Court Justice Potter Stewart, we know it when we see it. That’s why we decided to spend our celebration night at one of our favorite pop-up restaurants: Cow by Bear.

As we wrote about in our last issue, Cow by Bear takes pop-up restaurants to the extreme. The dinner, which is held at an undisclosed location (patrons are emailed the address 24 hours before the event), is prepared by—you guessed it—a bear.

The night was made infinitely more luxurious with transportation provided by our friends at Above and Beyond Limousine Services. We arrived at the location by Cadillac Escalade (special thanks to our driver, Robert, for putting up with our celebrations).

Each city that Cow by Bear is in features a different chef. Here in Savannah, dinner guests are served by Chef ‘Po Bear–an 875-pound bear–and the attentive host Michael.

What makes Cow by Bear so special isn’t the luxurious food (although that sure does take the cake), but it’s the warm atmosphere that is so carefully curated. With an eclectic music selection (mostly 80s music—we’re guessing that’s Chef ‘Po Bear’s go-to playlist on Spotify) a delectable menu of perfectly prepared delicacies, and a bear chef to tie it all together, it’s nearly impossible to resist forming a special bond with the strangers you dine with.

Special thanks to Hollis Johnson and our driver Robert from Above and Beyond, and to Chef ‘Po Bear and our host Michael for one of the best end-of-issue celebrations.

To book a luxurious ride with Above and Beyond, visit aboveandbeyondsav.com or call 912.236.9114.

To book a reservation at Cow by Bear, visit cowbybear.com.